A Reluctant Entreprenuer - Zashadu
22082
post-template-default,single,single-post,postid-22082,single-format-standard,theme-stockholm,qode-social-login-1.0,qode-restaurant-1.0,woocommerce-no-js,iconic-woothumbs-stockholm-child,ajax_fade,page_not_loaded,,select-child-theme-ver-1.0.0,select-theme-ver-4.2,wpb-js-composer js-comp-ver-6.6.0,vc_responsive
June 19, 2018 In Design, From The Designer

I dislike fads, for their transience and the sheep-like behaviour it induces in people. Furthermore, my ego is involved in this dislike, for no matter how I love and have loved a thing, should it become a trend, I drop it with immediacy and harbour an almost hatred for the trend.

It is for this reason that I failed to identify with the term Entrepreneur, and whilst I’m not sure that the lack of identification has done any harm at all, my ego is generally put in check by humility, and if a term describes me, I am willing to embrace it eventually. 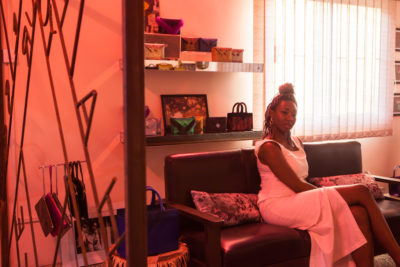 In my element, captured by Medina Dugger

My favourite definition of the term Entrepreneur is by businessdictionary.com/ and includes the following statements

“Someone who exercises initiative by organizing a venture to take benefit of an opportunity”,
“As the decision maker, decides what, how, and how much of a good or service will be produced”
“Supplies risk capital as a risk taker, monitors and controls the business activities”

Looking back, I recognise these traits in myself as early as the age of 13. My mum was a bomb ass chef and would make my sisters and I the most delicious packed lunches. One summer, my classmates caught wind of the contents of my lunch box and would pester me for sandwiches. So I decided to take advantage of my new found fame and begun dividing and selling my sandwiches to the highest bidder. As my enterprise grew, I diversified by adding drinks too: the key attraction to the drinks was that having frozen them overnight, by lunchtime they were perfectly slushy and delicious, more exciting and cheaper than the school canteen was offering. My mother promptly killed my business (but not my spirit) when she found out that I was trading my nutrition for sugar, having spent all the profits on chocolate.

That is probably why deciding to start Zashadu was not a decision that appeared all that daunting. As far as I was concerned, there was a problem that needed to be solved and I was required to come up with the solution. The daunting decision did appear later on, and that was deciding whether to turn what had evolved into a passion into a fully fledged business, leaving paid employment behind in the process, and going at it alone on a bigger scale than I had ever thought. 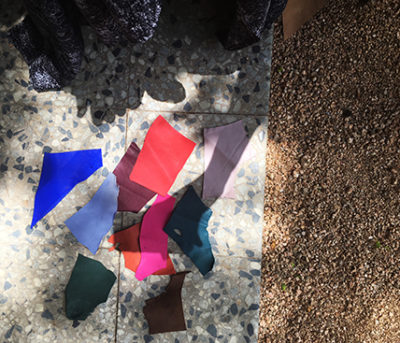 The 1st time I went to Kano, I traveled by road from Lagos. I was rewarded with insights that are and amazing discoveries, including this family run tannery we buy skins from.

These days I am increasingly made aware that I serve as an inspiration to others, I am also increasingly aware of a frightening chasm that exists and seems to hover around wannabe entrepreneurs approximately 10-15 years younger than me, pertaining to work ethic and dedication; it is for this particular reason that I have come up with a list of points I hope will be helpful should you want to run your own successful business in the future.

Working for others is integral to your success.
There is a meme I have encountered on Instagram a few times which loosely translates to “If you are working for someone else, you are helping them build their dream, and not your own” And whilst this may jolt a passive genius with the next big idea, who has been toiling away for years, ignoring his burning need to create, out of his slumber, unfortunately it makes a very many others react to the idea of work in a way that is destructive, and fearful.

If you do not have experience working smart, hard and long, training yourself to solve problems, thinking outside the box, slaving away till you get results for someone else’s business/idea, when the time comes you will not be able to do it for your own. This is because you will fail to understand exactly what it takes to make a business function and thrive; it will seem like way too much is required of you, and the likelihood of giving up in frustration is increased.
If you are unable to work effectively as a member of a team, you will never be able to lead one successfully. Effective leaders have the ability to inspire a dedicated following; not because they are gods, but because they are able to put themselves in others’ positions, understand their needs way ahead of time, and respond to them from this place of empathy: often because they have been in the exact same positions themselves before. There is great honour in playing your part in building the vision of a worthy leader.

There are no real short cuts. Just because technology has advanced in leaps and bounds, and life ten years ago is unrecognisable in many ways; look deeper, the same laws that have governed us from the beginning of time still do. For example You cannot receive if you don’t give, A bad attitude always gets uncovered no matter how much effort you put into concealing it, Talent alone is never enough. Entrepreneurship doesn’t exist outside of these laws, nor is it a place to hide; in fact your true nature will be revealed faster than you can imagine.

There’s nothing new under the Sun. Whatever innovation is created, whatever new easier ways of doing things appear; we are governed on one very tangible level, by the laws of our human form and if you are smart, you will recognise and respect this. Ultimately Social Media Platforms and Apps simply offer us another way of communicating. Communication, whether up in Space, on Tinder, or sliding in via DM, is governed by the same fundamental rule; someone somewhere wants to be heard, and have confirmation that they are valued and understood. Simple.

We each have a specific role to play. Not everybody is meant to start a business; and every business owner needs people to bring ideas to fruition. We all need each other; there is no Us against Them.

Being an Entrepreneur is so un-glamorous it’s unreal. That’s why most Entrepreneurs are such good story tellers. Why is it that we can laugh about a once tense event only after it has occurred? It’s always funnier and sweeter when the tension has dissipated and danger is no longer imminent; then we can all laugh roaringly and slap each other on the back. But at the time it was happening, there was nothing remotely funny about the situation.

Here are some of the traits you need; most can be cultivated.

Sorry, the comment form is closed at this time.